Anastasia Katya Breezy "Tasie" Dhanraj, also known by her stage name Tasie Lawrence, is a British actress and an occasional singer/songwriter. She was born in Brighton, East Sussex, England. She is close friends with co-star, Klariza Clayton and shares an apartment with co-star Ana Mulvoy Ten. She is half English and half Guyanese. She was a singer/songwriter and had her own alternative dark pop band, the WooWoos. She has confirmed on Twitter that she has left her band because she wants to go in a different direction with her career. She also confirmed on Twitter  that Season 3 would be her last as she wants to 'move on' and try new things. This actually gives the House of Anubis fans hope that there would be a Season 4. She was a featured artist on the song Relapse, which was the debut single of former castmate, Alex Sawyer.

She portrays Mara Jaffray in House of Anubis, which was her acting debut. 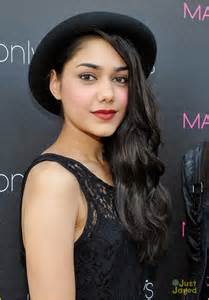 Retrieved from "https://the-house-of-anubis.fandom.com/wiki/Tasie_Dhanraj_(Lawrence)?oldid=419647"
Community content is available under CC-BY-SA unless otherwise noted.