The second season of House of Anubis (dubbed as: The Timepiece), the British-American-Belgian mystery television series, premiered on January 9, 2012 and ended on March 9, 2012 with a preview being released on January 7.

The season was announced on March 10, 2011 by Nickelodeon further comfirmation came from Entertainment Weekly announced that Nickelodeon had indeed ordered another season from Studio 100. Filming for the season began on July 21, 2011 and ended on January 20, 2012. The first trailer for Season 2 leaked online on August 17, 2011 and the first TV trailer aired on December 3, 2011 on Nickelodeon. This is the last season to include cast members Nathalia Ramos and Bobby Lockwood.

It's a brand new year at Anubis House and there's more mystery then ever as Sibuna must search for the Mask of Anubis - or else forfeit their lives. Also while all of this is happening Nina's gran gets ill, Mara and Eddie have a ghost hunt, Jerome gets blackmailed by his sister- that no one knew he had- Poppy, Mick moves to Australia and Mara is very upset when he gets a new girlfriend, and Victor's now teamed up with Vera- the new housemother, who is doublecrossing Victor for the evil Rufus Zeno- whom they all believed to be dead at the beginning but whom has actually returned and had written a fake eulogy! How will it all end? Find out in the House of Anubis! 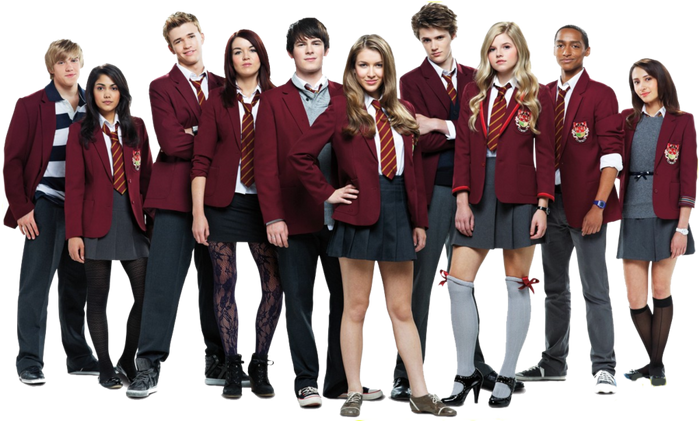 Season 1 & 2 DVD Complete
Add a photo to this gallery

Promos/Trailers Before the Season Premiere

"I would like to officially announce and confirm the filming of a series 2 of House of Anubis."

Although, later he tweeted that he would like to take back what he said before about HOA Season 2 and that it had not been confirmed leaving people confused. However he may have been told not to say anything. It was a bit confusing because Ana Mulvoy Ten tweeted a number of times that House of Anubis season 2 has been confirmed.

"Meh, if everyone else is doing it then woop dee doo, there's a season 2. House of Anubis. Woo."

"FINALLY SEASON 2 IS CONFIRMED. YOU MAY JUMP AROUND AND SCREAM WITH JOY! " - June 29

Someone asked Brad Kavanagh if there making a series 2 of the show, Brad responded saying "MWAHAHAHA, its a secret :)!"

Ana Mulvoy Ten also tweeted a couple of times that season 2 "is looking good!" Tasie also had to choose between leaving her band The Woo Woo's and filming a second season of House of Anubis. She tweeted that it was a hard choice, but she went with filming House of Anubis season 2. Later she tweeted that she found time to do both and is super happy. Klariza Clayton even tweeted that she hates early mornings. Not long after that, she tweeted "Back on set!" Due to the fact that she is not in any other upcoming movies or shows, she must be talking about House of Anubis. Leaving the best for last, Nathalia Ramos tweeted as well, "Back on set with the Anubis girls!" With a picture showing the actresses of Amber, Nina, Mara, and Patricia. She posted that about 2 months ago, after they finished filming season 1.

None of these tweets and hints were made up. They are 100% true and were found on the real House of Anubis actors' and actresses' Twitter pages- not the people who pretend to be them because they have no life whatsoever!

Or see the House of Anubis cast tweets here.